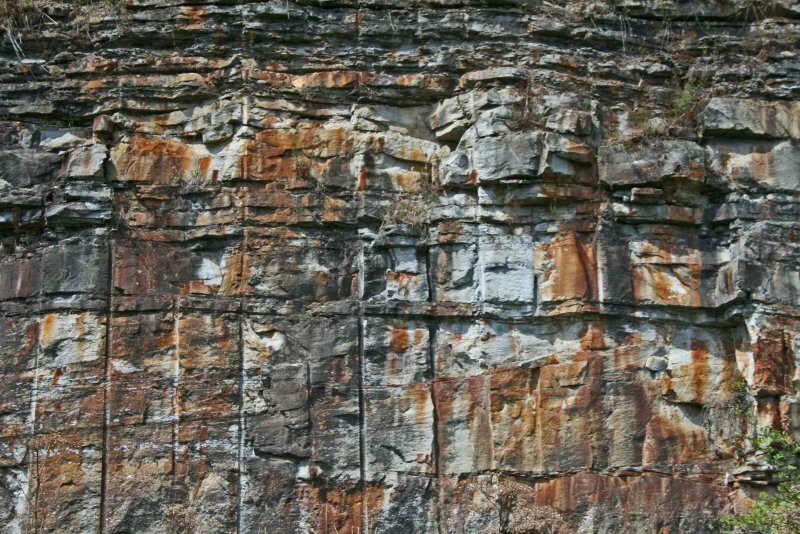 With her ‘minoritarian manifesto’, Kathryn Yusoff makes a compelling case for reoccupying the strata of the earth, and offers an exciting glimpse of what we might expect from the forthcoming (2014) Capitalism and the Earth (Eds. Clark N, Saldanha A and Yusoff K, New York; Punctum Books).

Project Anthropocene: a minoritarian manifesto for reoccupying the strata

While science has provided the stratigraphic context of the Anthropocene and considers the material legacy of the human in geologic terms, hidden within its formulisation of collective geomorphic agency are the buried concepts of geomorphic power and the subjective condition of that agency—or geologic being—this geologic agency might be understood as a new geontology for the human achieved through the mineralisation of social forces. If we approach the science of the Anthropocene not as a “political” problem that needs to be critiqued from a purely analytical point of view (because this is relatively easy to do, and I think in the case of climate change it obscured some of the most important conditions that the science of climate change raised) but instead if we hold a certain fidelity towards the issues the Anthropocene raise, i.e. a fidelity to the future promises of the Anthropocene and the reconceptualization of social relations that are released by holding with its promises, then we must grapple with a different sort of politic than the one we’ve been doing thus far in social theory. That is not to say that we shouldn’t be critical of the rather obvious Universalisms, patriarchy and Nature/Culture divisions that are operationalized in accounts of the Anthropocene, rather this might not be the most interesting (nor faithful) project to engage in.

So while geologists search for the material trace that will provide the “golden spike” of the Anthropocene to put before the so called “Time Lords” of the Stratigraphic Committee (who decide on how geologic time is organised), the humanities might take as its project the critical extension and speculative explication of this geology as a geologic social and body politic. It is a challenge for the humanities and social sciences to move away from adjudication on the sciences to begin to understand and populate the almost accidental concepts and the speculative implications that geology is generating. The Anthropocene has within it virtual elements; it is almost an anticipatory geologic moment that brings a spectre of future fossils into view, and in doing so this version of geology does something quite different from its disciplinary predecessors. In this sense the Anthropocene joins actual environmental processes and their geomorphic effects with an anticipatory geology of a historical stratum to come. The Anthropocene is the solution to a problem of changing forms of stratification.

These are the implications that science cannot address. Geologists can only speak of geology in certain material terms. They cannot for instance talk of the virtual characteristics of geology: its corporeality, potentialities, contractions and future actualisations. Geology, in a sense, must be patient for the fossil record to appear in the earth until it can speak of the specificities of this geologic time. That is, the Anthropocene is in itself an unusually precipitous move for a discipline whose epistemological base is a deeply material bed of fossils. In the conjoining of anticipatory and actual modes of fossilisation, geology, inadvertently makes philosophical statements about capitalism and activates nonscientitifc modes of thought. This generates an interesting question: if the Anthropocene is what we already are it must also be what we are ceasing to be.

If the Anthropocene currently reads as an extinction statement memorialised in the rocks, then a counter Anthropocene approach might issue a minoritarian manifesto for reoccupying the strata.